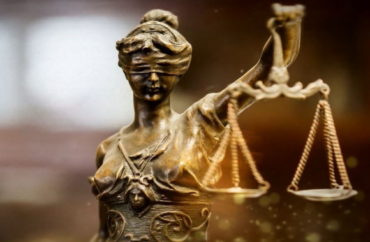 After a long battle for the right to start a free speech group, Emory University School of Law students have finally gained temporary approval for the Emory Free Speech Forum charter.

The group focuses on open query and debate to find the best answers to posed questions.

The Student Bar Association originally rejected the group’s request for official recognition on Emory’s campus, arguing there were “no apparent safeguards in place to prevent potential and real harm that could result” from the group’s various discussions.

The association, in rejecting the request from the Emory Free Speech Forum for official recognition, also said the group was too similar to other campus groups to approve.

After much pushback, the Student Bar Association recently agreed to allow the temporary chartership of the group.

According to M. Travis Foust, a partner with the law firm that represented the Emory Free Speech Forum, despite the temporary fix, the case is ongoing.

“We plan on kind of stewarding that along forward to make sure that they begin to or continue to receive the same type of funding that other organizations received through the Student Bar Association,” he said.

“It started to get resolved quickly once lawyers got involved, but that shouldn’t have had to happen,” Foust said.

The late-March decision allows the group to “reserve university space, request funds from the SBA, and function as a viable campus club,” according to the Foundation for Individual Rights in Education, which had lobbied on the forum’s behalf.

‘[B]ut it should not have taken seven months for Emory to realize the irony of denying expressive rights to a free speech-focused group based on its viewpoints,” she said via email to The College Fix.

The battle started in October 2021 with a proposal to Emory’s Student Bar Association for the forum. It was rejected at that time on the grounds that it was too similar to other groups as well as a lack of safeguards to keep the discourse respectful.

Furthermore, as there was no mediator or moderator for the forum, still more hesitations arose. The association encouraged the group to collaborate with other groups on campus if they still were interested in exploring the freedom of speech and debate.

When FIRE learned of the decision, the group expressed dissatisfaction, as in 2017 it had given Emory its highest award for a campus dedicated to free speech and freedom of expression after working with officials to update policies to protect open expression.

In November, FIRE sent a letter to the SBA, encouraging them to adhere to the university’s free speech promises. The letter was ineffectual as the university administration ratified the rejection of the forum.

Undeterred, members of the fledgling Emory Free Speech Forum enlisted the help of the Emory Committee for Open Expression, which expressed a violation of the open expression policies due to the rejection.

FAIR also brought aid to the Emory Free Speech Forum. A letter sent to the SBA detailed how their decision violated the “Title VI of the Civil Rights Act, which prohibits federally-funded institutions from discriminating based on skin color and race,” according to FAIR.

Letitia Kim, managing director of the Foundation Against Intolerance and Racism’s legal network, said she agreed “it could have been resolved much more quickly than it was.”

FAIR is committed to free speech and open inquiry, so the outcome of the case was a win for the organization.

“Hopefully this signals a new and solidified commitment on the part of Emory to also be committed to those principles,” she said.