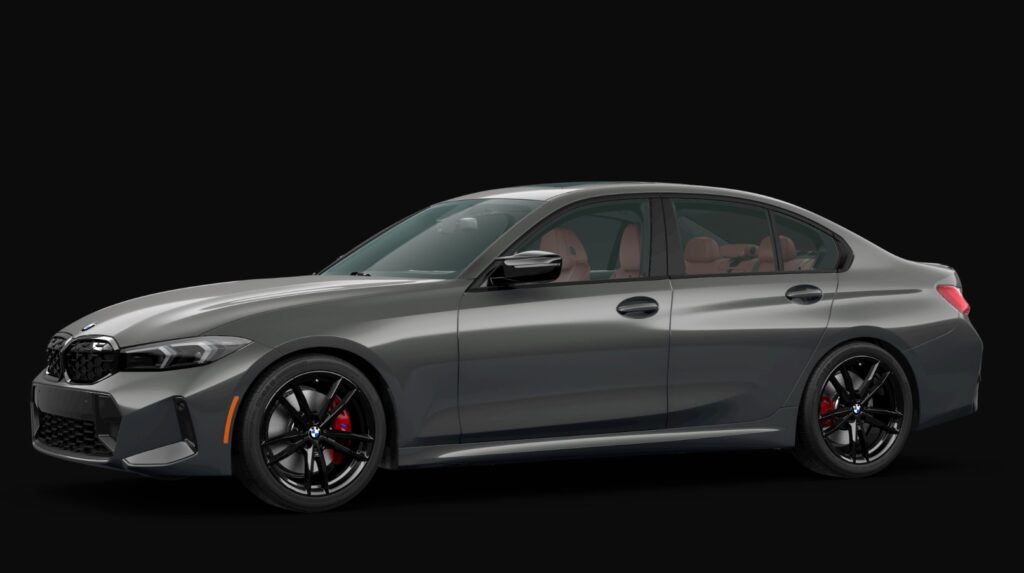 BMW gave the M340i a Life Cycle Impulse earlier this year, although you can’t immediately tell from the outside. It’s a different story with the cabin where the LCI has brought the iDrive 8, a much smaller gear selector, and a simplified center console that does away with the physical climate controls. For some people, the M Performance model remains the pick of the 3er range since you still get a six-cylinder engine while avoiding the M3’s gargantuan kidneys.

In our books, this M340i xDrive has an alluring specification as the sports sedan looks great in Dravit Grey with black 19-inch wheels contrasted by red brake calipers. It also happens to have the Shadowline look, blacking out certain parts of the exterior. That includes the mildly redesigned front grille, flanked by heavily tinted LED headlights tweaked to look sharper with the 2023 model year. M3-styled side mirror caps are also new with the LCI, which can optionally be fitted with a carbon fiber roof for the first time. 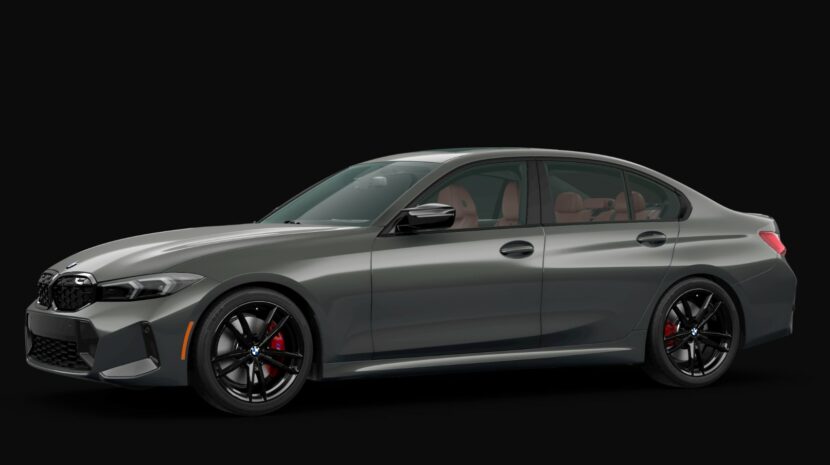 As for the interior, the perforated Tacora Red synthetic leather (Sensatec) spruces up the cabin and adds a splash of color to an otherwise predominantly dark gray appearance. One special upgrade this M340i xDrive has received is the carbon fiber trim with a matte look and an “M Performance” badge on the passenger side of the dashboard. Not only does it look great, but it also doesn’t attract fingerprints like the typical glossy black trim.

The car has quite a few options as aside from the $1,500 paint, $600 wheels, $850 Shadowline package, and the $1,545 carbon fiber interior trim, it also has the $1,350 Premium Package. It bundles heated front seats and a heated steering wheel with a head-up display. The M340i has been configured with the Driving Assistance Package, adding another $700 to the final bill in exchange for blind spot monitoring, lane departure, and the Active Driving Assistant.

The adaptive M suspension is another notable option and it’ll set you back $550 while the Harman Kardon surround sound system is an extra $875. Factor in the destination charges and you’re looking at an M340i xDrive priced at $65,635. Despite the numerous additional goodies, that’s still about $11,000 less than a base M3.