She turned “The Christmas Song” into “The Christ(ina)mas Song.”
Photo: YouTube

’Tis the damn season, folks. Late night was particularly festive this week, filled with the utter joy that 2020 — the year that simply wouldn’t quit — is quickly coming to an end. Smiles, laughs, and most notably, music played a larger role in the late-night sphere than usual this week, with memorable performances and musical guests popping up all over. As such, we’re going to jingle them bells and ring in the holiday season with some music-themed moments from this week in late night. Make a joyful noise!

The Ghost of Christmas Past is here and her name is Lana Del Rey. The moody singer dropped by The Tonight Show on Monday for her first televised performance in over nine years, since she unforgettably graced the stages of SNL and delivered what some critics have called the worst SNL musical performance of all time. I prefer to think she was just misunderstood — like literally, no one could understand the words coming out of her mouth. Now, almost a decade later, the sometimes-problematic singer is back on TV singing her newest single “Let Me Love You Like a Woman” with far better results. Clad in black leather and singing in a dimly lit bar, Del Rey’s performance is almost anti-Christmas in nature, but still very good. If you squint, you can see a hint of holiday spirit, as there are a few strands of red Christmas lights adorning the stage. You’d think Lana would be feeling at least somewhat festive, as it was announced this week that she recently got engaged to her new beau Clayton Johnson, but, hey, maybe this is how she expresses joy. We’re pretty sure Dionne Warwick would put Del Rey firmly in the “spooky” category with Miss William Eye Lash.

Okay, this clip technically isn’t musical in any way, but Laura Benanti has a Tony Award for playing Gypsy Rose Lee, so she gets grandfathered in because we know the talent is there. Laura Benanti broke out her impeccable Melania Trump impersonation on The Late Show With Stephen Colbert to discuss what we all know to be Melania’s absolute favorite holiday, Christmas! Apparently, the Trump administration has been holding mask-less Christmas parties this holiday party, which — considering the amount of COVID-19 we know exists within the walls of the White House — sounds like a veritable death trap (RIP Herman Cain). When asked if she’s worried that her guests may get sick, Miss Melania “Who gives a fuck about Christmas?” Trump responds accordingly: “Oh, who doesn’t wake up a little sick after a good party, eh?” she purrs. “Besides, I’ve always considered nausea to be a side effect of spending an evening with my husband.” She proceeds to make a series of gagging noises that are legitimately musical in nature, warranting a spot on this list. Also musically satisfying: Benanti’s pronunciation of Kayleigh McEnany’s name [Kay-Lay Mac-Air-Nay-Nay], whom she doesn’t want to share a jail cell with. Ahh, imagining any Trump in a jail cell is truly music to mine ears.

For many reasons, this Christmas is gearing up to be, well, not so great. Rather than ignore that painfully true fact, Late Night With Seth Meyers decided to lean into it with an original ’50s style song spiritedly sung by writer Amber Ruffin. Ruffin sings the song with its genuinely catchy refrain — “It’s the worst, worst Christmas of our lives!” — wearing a festive golden holiday dress while wandering through the empty studio. When asked why she was out there, Ruffin screams, “I’m out here singing directly to the audience we haven’t had in eight months and who knows if we’ll ever see again!!” before popping back into a cheery smile. After belting out a satisfying key change on the phrase “holiday in denial,” Ruffin continues to lament about the sorry state of the holidays this year via this upbeat tune, with lyrics like “This year’s celebration got a whole lot chiller / I want to see my favorite aunt, but I don’t want to kill her,” which struck an emotional chord for me because I too would like to see and not kill my favorite aunt (Hi, Aunt Nanette!). Things are rough out there this holiday season, and Late Night seems to understand that this Christmas, we’re not “hanging a shining star upon the highest bough-ing,” we’re “until then we’ll have to muddle through somehow-ing.”

Phoebe Bridgers, self-described queen of horny sad girls, is one of the rare artists who was able to make it on this list with a musical performance on a week not dedicated to music. This week, she’s back, with a truly stunning performance of her song “Kyoto” from her album Punisher on The Late Late Show. The Grammy nominee for Best New Artist kicks off the video by singing in a makeshift bedroom before stumbling out of bed and wandering onto the stage of Carnegie Hall, performing the song accompanied by her longtime collaborator Rob Moose. Her appearance on The Late Late Show was holiday-themed in that it gave the gift of introducing the world to a gorgeous, string-laden new arrangement of “Kyoto,” and Bridgers wore pajamas for the performance, which has major “Christmas morning” vibes. Also, at the end she revealed that the whole thing was done via the magic of green screens, which is the real Christmas miracle.

Vocal acrobat Christina Aguilera dropped by Late Night With Seth Meyers apropos of nothing this week to sing an absolutely wild rendition of “The Christmas Song,” and while it wasn’t quite a Fergie’s National Anthem moment, it came pretty damn close. From moment one of the performance Xtina brings the drama, walking down a spiral staircase in a tasteful seasonal plaid pantsuit. Already, we know we’re in for something big, and boy do we get it. She starts the performance off going 60 percent/40 percent re: sticking to the melody versus making it her own, but after finishing one pass at the song, Christina simply decides to go off and sing whatever the hell she wants. In round two, “The Christmas Song” becomes almost unrecognizable and transitions into something that can only be described as “The Christ(ina)mas Song,” a smorgasbord of fierce belting and superfluous melismas and riffs. Christina’s vocal performance encapsulates everything we know and love about Christmas: It’s over the top, it’s absolutely unnecessary and show-y, and legitimately too much. God bless Christina Aguilera, one of the most talented vocalistas to ever vocalista. Merry Christ(ina)mas to you and yours.

Sat Dec 19 , 2020
From the high-end to the low-end, here are your best options for great (and smart) sound. All products featured here are independently selected by our editors and writers.If you buy something through links on our site, Mashable may earn an affiliate commission. By Dalvin Brown2020-12-15 15:13:15 UTC If you’re searching […] 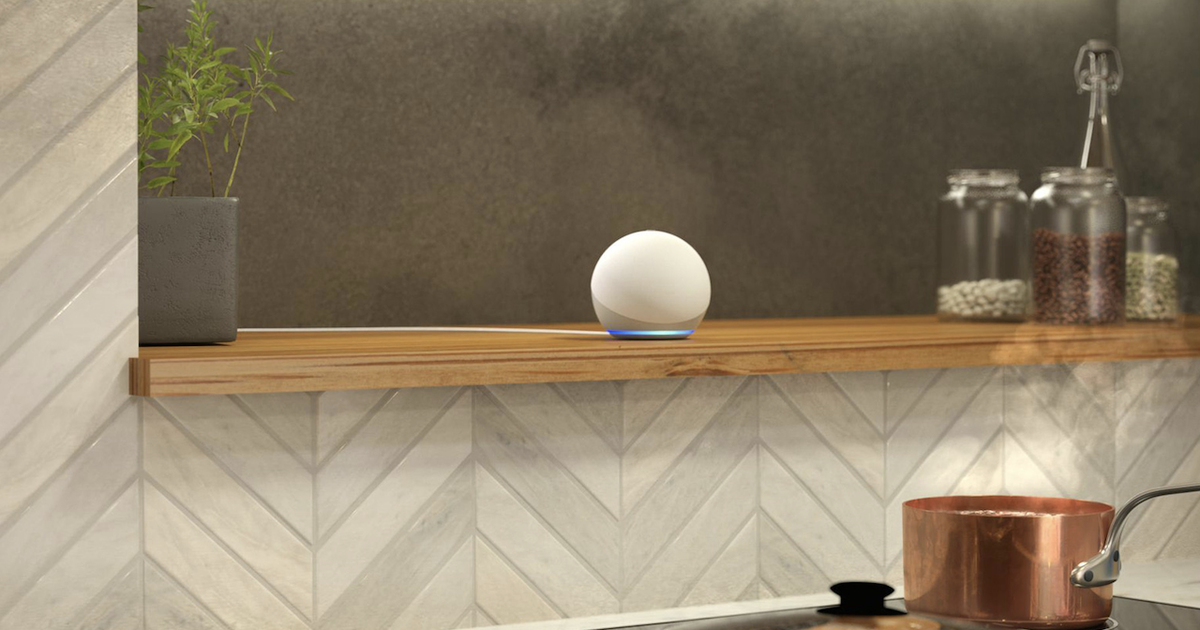