In this third ‘So You Wanna Be’ career series for kids, we have an animation designer who designs for feature and television animation.

Let’s find out about her creative journey and how she discovered her passion for colour and design.* Q: Would you like to tell us what you do?

A: Hi, I’m Soh Fia and I’m an animation designer. I design for both feature and television animation. My roles are in visual development, background painting, background layout, location design, colour design and occasionally, character and costume design.

Everything you see on screen is designed by somebody. So if the place has for example a sunset, it is a deliberate decision by the artists working on the film and I am one of those artists. How the artistic story began

Q: How did your career in animation design start?

When I was really young, I didn’t know that I would be an artist. I wanted to do astrophysics but obviously, it didn’t pan out.

When I was in primary and secondary school, I had this interest with the cartoon series – My Little Pony. I really liked the ponies and wanted to buy their toys but they were really expensive. My mom said that if I really wanted them, I should figure out how to buy them without asking for money from her and that made sense. So I would draw them and sell those drawings online.

At first, I was considering the animation courses in some of the polytechnics in Singapore and applied but in the end, I decided on Egg Story Digital Arts School which doesn’t exist anymore but it’s affiliated with their production company, Egg Story Production Studios. The school brought in a lot of really good lecturers, including some artists from Dreamworks and Disney who help the production and also teach students and I really wanted to learn from them. I picked this school for this particular reason.

From there, I managed to get a role in their production studio. Q: What happened after working at their production studio?

I had been working with Egg Story Production Studios for three years when my friends and I decided to go to Los Angeles to learn directly from the people who made the films that we like so much. We studied there along with really great artists for three to four months and I felt and learnt so much and saw a lot of improvement in our work.

I came back and worked in a game studio, Mojocat Studios, for a short time and was about to sign a contract with another animation studio when Lasalle College of the Arts called me and offered me a The Tan Chay Bing scholarship. It came at the same time, so I really needed to choose.

I weighed the pros and cons of each option and because my plan has always been to work overseas in the future, I decided on going to Lasalle. It was worth it in the long term, I met a lot of great people and some of them are still my friends today. Lasalle required us to make a film for the final year and I teamed up with two great artists, Amanda and Mirza. We made decisions together and worked very well because there’s no hierarchy in the way that we work. To me, that’s the most important thing in animation – teamwork.

Anything we didn’t agree on, we made sure the decision was for the film, not for us. Thinking of what’s best for the story is also one of the most important things in working in a team in the animation industry. I’d like to think that our openness and respect for each other’s thoughts, ideas and skills was one of the main reasons we were able to craft this project together, leading to our project being successful in winning the National Youth Film Awards (NYFA). Q: What happened after you graduated from Lasalle?

A: From there I worked with production companies like Robot Playground Media and it was great. The kind of artistic styles, direction and stories that I like were a little bit different so I eventually decided to move on to other projects that were a better fit. It is also important to find good project matches as they are varying staples and there will eventually be one that’s a good fit for you.

I then had this great opportunity to work with Tiny Island Productions. I got to work with some of my artistic heroes, really good artists, and with a talented friend that made me push myself a lot more while working. That was one of the great experiences I had. It’s always about the people around us. Currently, I’m working with Flying Bark Productions on Moongirl and Devil Dinosaur. Their studio is located in Sydney,  but I have been working remotely so I am currently in Singapore.

Q: Why did you choose Animation versus other kinds of design?

A: Back then, there was game design that was very popular. I tried it but in the end, I still preferred animation design. I think that is something you will figure out along the way.

It takes some time figuring out what you might like, as there are a lot of art departments like Storyboard, Character Design, Background Painting, Prop Design and Color Design, just to name a few. In different projects and with different mentors, you’ll try out different kinds of work. I started to figure out more of what I liked through this process.

Things are always changing for a lot of artists. You will see artists that are doing a certain kind of work and slowly going to something else. Figuring out what you like is a journey. Also, having more variety is great! Keeping your passion in mind

Q: What are the most important qualities and skillsets that you would need to be a good animation designer?

A: You need a lot of grit, a lot of proactiveness on your part to talk to people, to send a message, to actively apply, to actively look for courses, and to learn new things. I think that is really key, and it makes a big difference. Of course, being able to be proficient in the technical ability of your department is definitely important.

It is quite easy to get focused on only thinking that ‘I need to be really technically skilled in this’ so it’s very important not to lose your voice along the way; the stories you have always wanted to tell, things that you feel very strongly about, and the things that you like. Always remember that on your journey. Difficulties of being an artist

Q: Can you share with us the challenges you faced in this career?

A: I think the earlier stages of my career were the most difficult. There are a lot of great artists and positions are limited but it doesn’t mean that there are no opportunities. So, you do have to work and spend a lot of time upgrading yourself.

I think one of the things that artists face is burnout and questioning yourself. It can be very challenging at times, both mentally and emotionally, so friends and having a support network really helps.

Related Article: How to help children discover their interests and aspirations

Advice for aspiring artists starting out

Q: What advice would you give the youth that’s interested in your field?

A: If there is something you really like, don’t be afraid to go for it! Figure out, plan, and then approach it. I do think that being aware of your options and what you need to do to be eligible is very important.

Just keep going. I think that opportunities are everywhere in what you like but of course,  it doesn’t mean it’s the only way.  Be thankful to your parents and be nice to everybody.

It’s never really too late. I do know a lot of artists who started a little bit later or do a career switch and they do very, very well. As long as you really like art, have a lot of grit and endurance to not give up, why not? 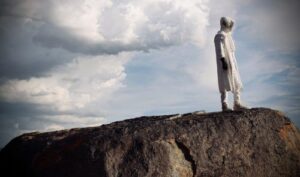