On this week’s podcast, the historian Kerri Greenidge talks about two new books she reviewed that aid to reframe the part of African-People in america in the years of resistance that led to the Civil War: “South to Flexibility,” by Alice L. Baumgartner, and “The Kidnapping Club,” by Jonathan Daniel Wells.

“The elegance and the contribution” of these books, Greenidge states, is that they acquire the concentrate “away from the North staying a put of freedom” and the idea “that slavery ended due to the fact great men and women in the North — very good white folks in the North — realized that slavery was mistaken and fought from it and that which is how slavery ended. What these two guides argue is that there’s a complicity in this partnership concerning the North and the South and enslavement. There’s a vested interest by the most populated town in the place — New York City — in retaining enslavement. And that really slavery begins to collapse, it’s challenged, it’s pushed by African-American people on their own.”

Neal Gabler visits the podcast to discuss “Catching the Wind,” the initial volume of his biography of Edward Kennedy. He discusses, amid other subjects, why he would decide on to write about another person about whom so a great deal has been prepared.

“I would under no circumstances generate a guide exactly where I felt — and this is not an insult to any other author who’s published about Kennedy, not by any means,” Gabler claims, “but if I felt that any former biographer experienced completed what I intended to do with this ebook, I would not have created the e book. I’m not that selfish that I believe, ‘Well, I’m going to be far better than everyone else.’ I approached this book as a biography of Edward Kennedy, but also, equally, a biography of American liberalism.”

Also on this week’s episode, Alexandra Change has information from the publishing entire world and Dwight Garner and Parul Sehgal communicate about textbooks they’ve lately reviewed. Pamela Paul is the host.

Listed here are the publications mentioned by the Times’s critics this week:

We would appreciate to listen to your ideas about this episode, and about the Guide Review’s podcast in common. You can ship them to [email protected].

Sat Dec 19 , 2020
President Donald Trump listens to a reporter’s dilemma in the Oval Workplace of the White Property, on … [+] December 7, 2020, in Washington. AP Picture/Patrick Semansky President Donald Trump on Friday signed laws that could clear away Chinese businesses from U.S. exchanges if American regulators are not allowed to […] 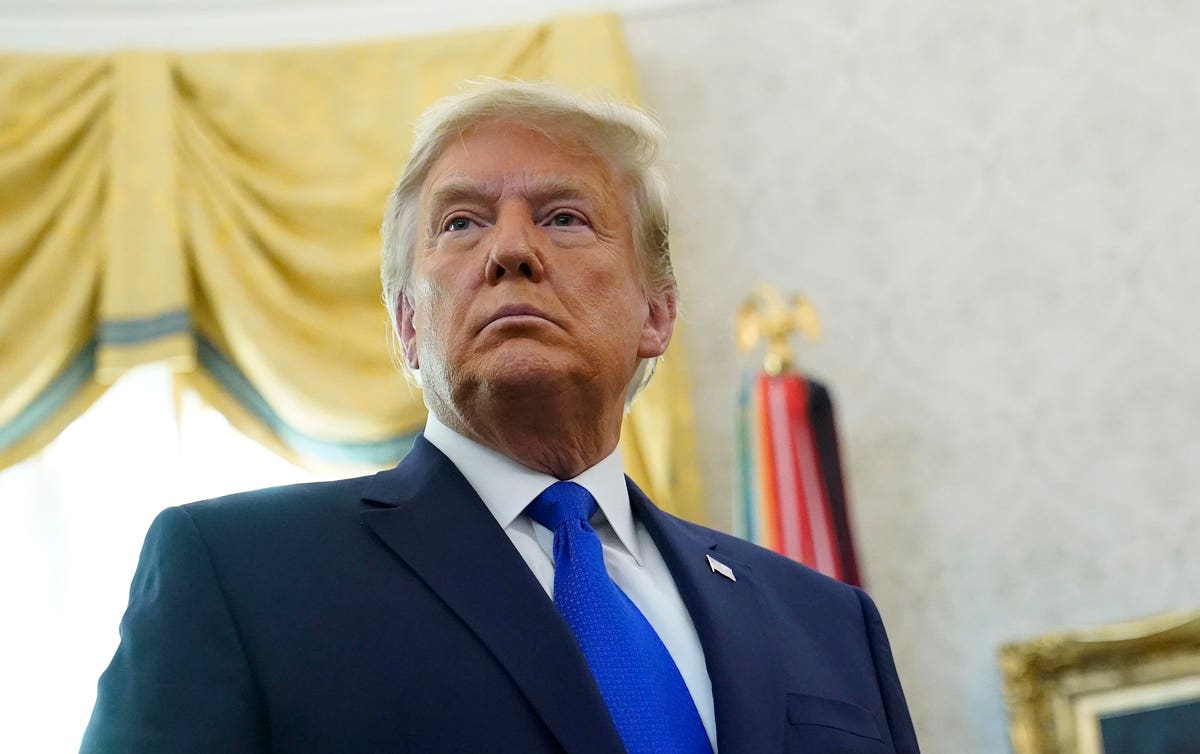